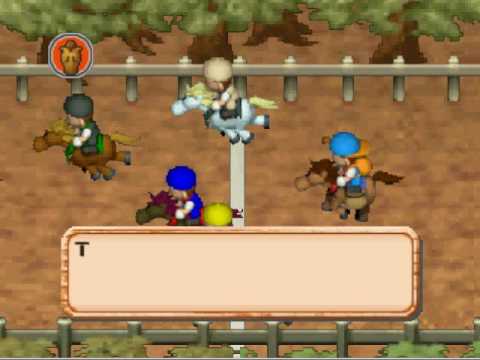 
"I was just saying that it seem silly."
"What do you mean?" Arlo Von Gaunt queried Boris.
"That the King's Treasury would have fifty two Firkins of Silver simply walked down to a ship in the Harbour." Boris whispered as the army of Porters walked past in teams of two with a small barrel branded Treasury of Karameikos on a litter between them. They were escorted by a hundred Guardsmen.
"They're paying it to Darokin for the Annual Shipment of Grain."
"I Think it's silly." replied Boris to his new companion.
"You think that twenty-six thousand pounds of Silver is Silly."
The Silver was loaded into the hold.
"I simply think it silly that they didn't have better protection of the Ship."

DM Briefing: Robbers steal a ship moving 260,000sp of Karameikan Coin to the Republic of Darokin.


The great brass ball turned as the steam sprayed from its opposing arms.
"What exactly does it do?" Stephan stared at the Gnome-built engine with wonder.
"It is Technology!! It drives the future. It powers the...the ships of industry!" Buttleknnose was struggling for words on his Knees with his hands in the Air.
Shuuu...Shuuu...Shuuu...Shuuu....went the great steam engine echoing all the way down the valley. It didn't seem to be driving anything in particular.
"But what exactly does it do?" Stephan looked at his companion who was attempting not to break into laughter.
"Um, well, nothing right now. Gear's broke."
"Well the folks down the valley would appreciate it if you fixed the noise, particularly the loud bang that happens in the morning."
"Yeah! It's putting off the milking cows." Arn the dairy farmer was finally getting a word in.
"That wasn't the Buttleknnose Steamball(tm). That was the Buttleknnose SteamKannon(tm)." Buttleknnose was on a roll.
"Will you ask him what "(tm)" means or shall I?" Stephan stared sternly at the smiling farmer...

DM Briefing: A Gnome builds some steam based technology to the detriment of the future.


"It was big and shiny and round and polished mirror-like, like a...a mirror and there were lights and it flew and ..." Stephan held up a hand to pause the young Halfling.
"So what you are saying is that a big shiny flying discus abducted your sheep?"
"Nono. That was the Thingummy that they flew off in. It was funny-looking elves with pointy ears and silver clothes and lightning bolt wands with funny grips and they all went about saying 'resistance is pointless' and 'prepare for the harvest' and 'cor! that's a pretty sweater'...scared the missus an all."

DM Briefing: Blacklore Elves with Magic-built flying Saucers and Lightning bolt ray guns abduct some farmers Livestock and take them back to their secret base on the dark side of the Moon.


"Our initial investigations of the Tower in the Great Crater have provided valuable Data." Prince Malachie looked around the Council Chambers at the few Princes and Princesses of Glantri who cared to show up.
"Witness reports that the Tower 'burrowed to the surface' have been verified. The Geological Data is on page three of the report. The Tower itself is of Entropic origins and has an aura consistent with an artefact of Entropy" Malachie paused and looked at princess Hillsbury.
"We are however still unable to penetrate the Interior." Princess Hillsbury smiled at his personal failure.

DM Briefing: The Tower has been penetrated by Synn the Night Dragon (a.k.a. Dolores Hillsbury). To activate the tower, she must sacrifice the princes and princesses of Glantri (She has already sacrificed prince Kol). Activating the Tower causes everyone in the Great Crater to evolve into Gargantuan versions of themselves (Gargantuan: HDx8, Sizex2).


A great and terrible monolith in the deep of the Phlogiston loomed before their hammership. The helm crashed and the hammership soon followed.
"By the Immortals! What is that thing?" Captain Halav stared at the incredible sight as the small wooden vessel fell into its gravity well...


"Fire!" Alexis listened to the cry as her fireball gems struck dry timber in the Nest. No Moon made her invisible on the flying broom. The explosions shook the poorest district of Mirros and began their work. Rescuers were going to their deaths, the impoverished populace was in anarchy. Within moments the entire quarter was an inferno.

DM Briefing: Senior Clerics in the Church of Karameikos plotting to take the Estate of Marilenev as a Bishopric employ a Thyatian Mage to carpet bomb that region of Mirros known as THE NEST with fireball Gems.


"The Magos bleeds, my friend." Kuzama whispered to her companion the latest rumour.
"Aye. I hear the River Magos flows with an unholy redness. As though the Mountains were bleeding..." Stephan invoked the ritual of Halav for simply speaking of such evil.

DM Briefing: The Magos river runs bloody red from it's source. Fish in that river float dead on its edges. A Cinnabryl Vein has been discovered at the source of the river by some Modrigswerg dwarves who are using it to make weapons from an alloy of Cinnabryl Known as Corrupted Steel (not RED STEEL). These are Entropic Weapons which inflict
submitted by Valianttheywere to mystara [link] [comments]

I've never seen them win. Even when the odds were 2/3, they still lost. Their horses' names are Butterscotch and Millie respectively. 2. Always enter. If you have a horse, enter her. Even if you don't have confidence in your race skills, entering and losing on purposes increases the chances of the other racers winning. 3. Don't trust the odds. If you have 4,950G on hand, you can bet 99 tokens toward one of the 6 available horses, and if they win, you gain 99 X whatever number odds were next to that horse's name on the betting screen. The odds can range from 2 - 40. 29,700G allows you to place full tokens on all six horses. 6 Secrets- HARVEST MOON 64- A lot, so much you will probably never stop looking. 10 HARVEST MOON SNES- Yes there is a lot, but not as much as Harvest Moon 64! 8 Festivals- HARVEST MOON 64- About 5 HARVEST MOON went four deep into the first turn, settled off the pace, advanced outside, bid three deep approaching the quarter pole, cleared in the stretch and drew away under mild urging. There are two elements to the horse race: racing and betting. Purchase medals on the low odds (2X or 3X). Putting money on the 10X and 13X horses is a bad investment. Harvest Moon 64